Theories of the Universe

Both atheists and theists agree that the circumstances that allow any forms of life for multicellular organisms require “fine-tuning.” The probability that this fine-tuned environment exists elsewhere is infinitesimal.

– Hugh Ross, “The Creator and the Cosmos: How the Latest Scientific Discoveries Reveal God” 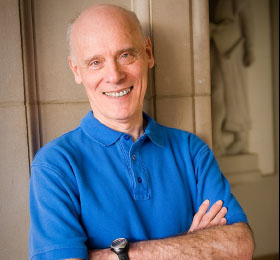 “If the universe contained a slightly lower mass density of protons and neutrons, then nuclear fusion in stellar furnaces would have yielded no elements as heavy as carbon or heavier; if a slightly greater mass density, then star burning would have yielded only elements as heavy as iron or heavier. Either way, the universe would have lacked the elements most critical four our planet and its life – carbon, nitrogen, oxygen, phosphorous, and more. For life to be possible, the universe must be no more or less massive than it is.” – Hugh Ross, “Improbable Planet”

“What several decades of research has revealed about the Earth’s location within the vastness of the cosmos can be summed up in this statement: the ideal place for any kind of life as we know it turns out to be a solar system like ours, within a galaxy like the Milky Way, within a supercluster of galaxies like the Virgo supercluster, within a super-supercluster like the Laniakea super-supercluster. In other words, we happen to live in the best, perhaps the one and only, neighborhood that allows not only for physical life’s existence but also for its enduring survival.” – Hugh Ross, “Improbable Planet” 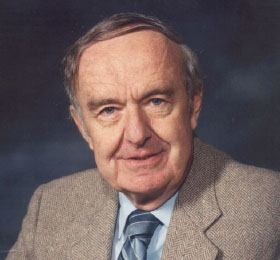 “The world is too complicated in all its parts and interconnections to be due to chance alone. I am convinced that the existence of life with all its order in each of its organisms is simply too well put together. Each part of a living thing depends on all its other parts to function. How does each part know? How is each part specified at conception? The more one learns of biochemistry the more unbelievable it becomes unless there is some type of organizing principle-an architect for believers-a mystery to be solved by science (even as to why) sometime in the indefinite future for materialist reductionalists.

This situation of the complication and the order to function of an organism, where the sum is greater than its parts (i.e. has a higher order), becomes more astonishing every year as the scientific results become more detailed. Because of this, many scientists are now driven to faith by their very work. In the final analysis it is a faith made stronger through the argument by design. I simply do not now believe that the reductionalist philosophy, so necessary to pursue the scientific method and, to repeat, the method which all scientists must master and practice with all their might and skill in their laboratory, can explain everything.”

Allan Sandage was one of the most influential astronomers of the 20th century. Sandage was Staff Member Emeritus with the Carnegie Observatories in Pasadena, California. He determined the first reasonably accurate values for the Hubble constant and the age of the universe. 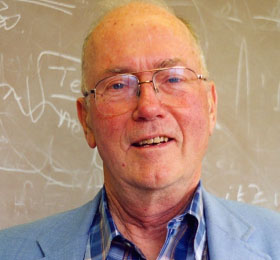 “Intelligent design, as one sees it from a scientific point of view, seems to be quite real. This is a very special universe: it’s remarkable that it came out just this way. If the laws of physics weren’t just the way they are, we couldn’t be here at all. The sun couldn’t be there, the laws of gravity and nuclear laws and magnetic theory, quantum mechanics, and so on have to be just the way they are for us to be here… I do believe in both a creation and a continuous effect on this universe and our lives, that God has a continuing influence – certainly his laws guide how the universe was built.”

Charles Townes was an American physicist. Townes worked on the theory and application of the maser, for which he obtained the fundamental patent, and other work in quantum electronics associated with both maser and laser devices. He shared the 1964 Nobel Prize in Physics with Nikolay Basov and Alexander Prokhorov. Townes was adviser to the United States Government, meeting every US President from Harry Truman (1945) to Bill Clinton (1999).

He directed the US government Science and Technology Advisory Committee for the Apollo lunar landing program. After becoming a professor of the University of California at Berkeley in 1967, he began an astrophysical program that produced several important discoveries, for example, the black hole at the center of the Milky Way galaxy.

Townes was religious and believed that science and religion are converging to provide a greater understanding of the nature and purpose of the universe. 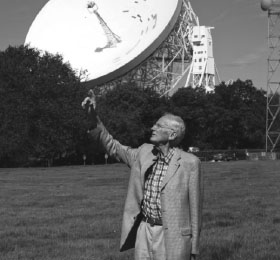 Rod Davies became a Methodist preacher at the age of 16 at his church in South Australia and regularly attended his Methodist chapel in Manchester.

In 1946 Rod Davies was awarded a scholarship to study Physics at the University of Adelaide, receiving an Honours degree in 1951. He then became a Research Officer in the Radiophysics Division of CSIRO in Sydney, observing radio bursts from the Sun.

When he was 23 he sent an airmail letter to Bernard Lovell, a friend of his then-boss Joe Pawsey, asking for a position at Jodrell Bank Observatory, and he was subsequently appointed Assistant Lecturer at the University of Manchester in 1953. He was awarded a PhD in 1956 on his work measuring the distance of galaxies using the 21cm line, examined by Jan Oort. He was the Director of Jodrell Bank Observatory from 1988 until 1997.

Over the course of his career, he published over 500 scientific papers. His research focused on the large-scale structure of the Universe. He studied emission from the Hydrogen line in galaxies, providing insight into the Hubble flow. He observed OH emission using interferometers.

He was best known for his work measuring the Cosmic Microwave Background emission, providing upper limits on the CMB anisotropies, which began with observations on cold winter nights at Jodrell Bank Observatory in the late 1970s, before relocating his telescopes 2,400 millimetres (7.9 ft) up the mountain on Tenerife in the early 1980s to take advantage of the clearer atmosphere at that location. By the early 1990s his instruments had detected the anisotropies of the CMB, however the publication of his results came after the results of the Cosmic Background Explorer had been announced; the COBE team went on to win the Nobel Prize for Physics for their discovery.

He also led research on the emission of the Milky Way as measured by CMB experiments. He worked on the Planck satellite, co-coordinating the Planck projects on Galactic and Solar System science.

He continued his research over 18 years after his retirement, with his final paper due to be published several months after his death.